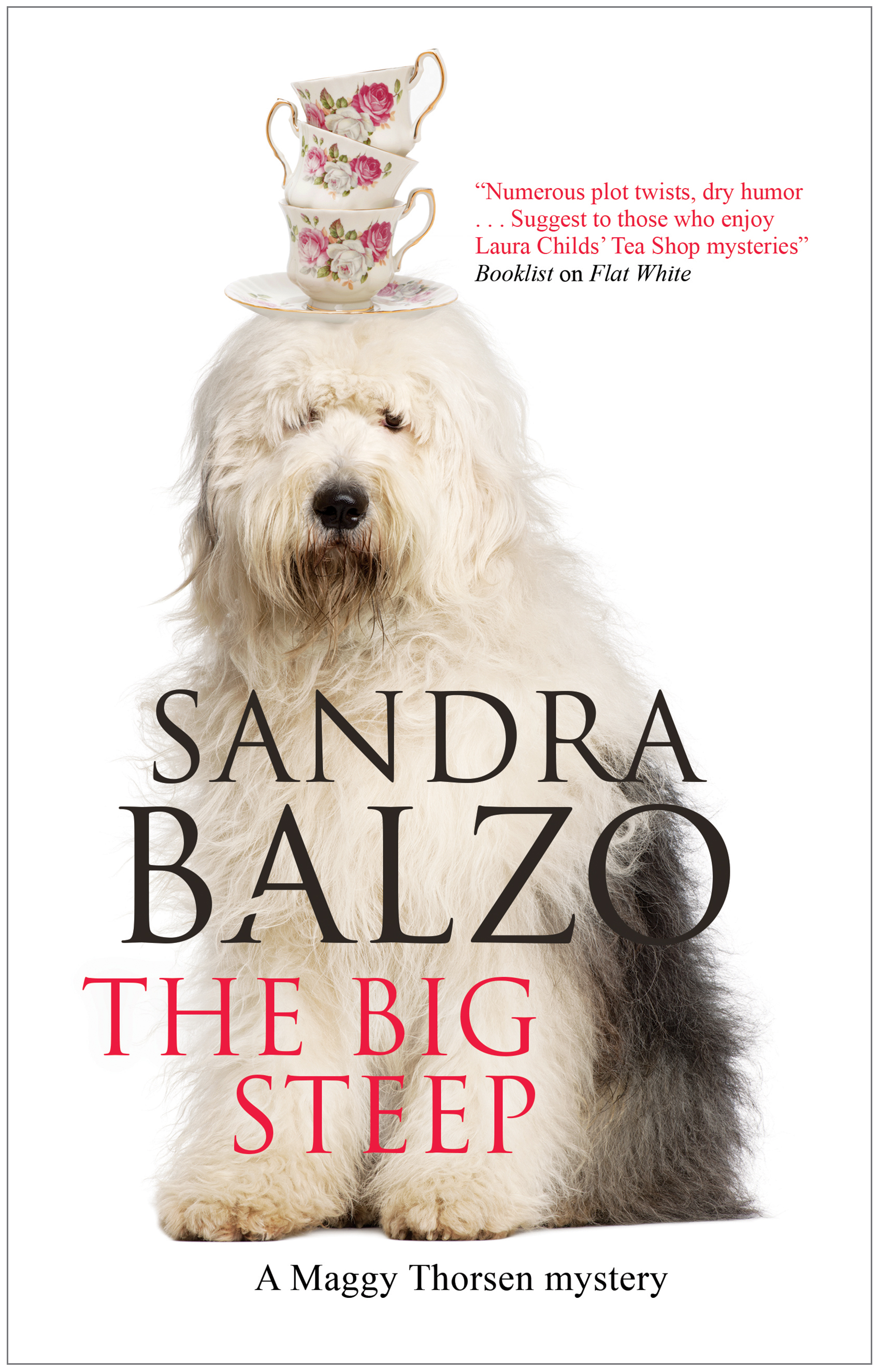 A cold case drives Balzo’s cleverly plotted 14th mystery featuring tenacious Maggy Thorsen, co-owner of the Uncommon Grounds coffeehouse in Brookhills, Wis. (after 2021’s Flat White). Philip Woodward, a dedicated noir fan, and his wife, Vivian, are preparing to open a teashop in town called the Big Steep on land that once belonged in the swinging 1960s to Paz and Harmony Koeppler, Vivian’s grandparents. While cleaning out the decades of debris that has accumulated on the property, they discover the broken bones of a baby, whose injuries seem to indicate repeated abuse. Maggy’s determination to discover the infant’s identity leads her to Brookhills Manor, a home for still-spry old folks. When a woman is murdered, drowned in the creek that runs by the old Koeppler place, Maggy suspects that the two deaths may be connected. Lively, intelligent characters and Maggy’s refreshingly anxiety-free relationship with her fiancé, Brookhills County Sheriff Jake Pavlik, make this stand out from the cozy pack. This is a perfect entry point for newcomers. Agent: Nancy Yost, Nancy Yost Literary. (Jan.)

A coffeehouse owner gets ensnared in a murder when she befriends the prospective proprietor of a tea shop.

What could be cuter than Uncommon Grounds, the name of the coffeehouse co-owned by Maggy Thorsen and Sarah Kingston? How about The Big Steep, a new project underway by film buff Philip Woodward and his wife, Vivian? Philip supplies the wit and vision, Vivian the facilities: a rustic cottage on land once owned by her grandparents Ray and Matilda Koeppler. Back in the day, the Koepplers, who renamed themselves Paz and Harmony, lived in the cottage with an ever changing band of hippy-dippy pals. College students, draft evaders, and every sort of counterculture wannabe drifted in and out of their lives. Eventually, a baby named Nirvana drifted in, and a few years later Paz drifted out. Nirvana escaped too, running away at 18 with an older man and giving birth to Vivian less than nine months later. The cottage somehow passes down to Vivian even though Nirvana, now Vana Shropshire, is still very much alive. In fact, she’s made her way to Brookhills, Wisconsin, to see just what her daughter intends to do with her parents’ old home. Which is pretty much nothing, because progress on The Big Steep stalls when Maggy’s dog, Frank, digs up a bone that turns out to be the femur of a months-old infant. Maggy’s fiance, Jake Pavlik, takes charge of the case, but Maggy gets involved too, especially after more corpses turn up.

Connecting murders past and present provides a welcome challenge for coffeehouse cozy fans.


MORE ABOUT THE AUTHOR…

Sandy's books are available at multiple online outlets including:

Tips from the grounds floor

Cinnamon and nutmeg round out the flavor of coffee, softening and smoothing its sharp edges.