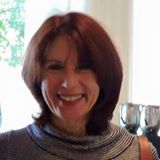 I'm excited to be speaking at Central Coast Writers on Tuesday, April 19th, at the Point Pinos Grill (77 Asimolar Boulevard, Pacific Grove, CA)  on the subject of crafting a series. Here's the write up:

Unlike a stand-alone, whatever you choose to do in one book of a series, you're stuck with in the next. You've written your fictional characters' history — and re-writing it is not an option. Balzo will talk about the important decisions: creating a cast of characters you can live with for years, how much to allow your characters to change throughout a series, as well as choosing point of view and setting.

Sandra is an award-winning author of crime fiction, including twelve books in two mystery series from Severn House--the Wisconsin-based Maggy Thorsen Mysteries and Main Street Murders, set in the High Country of North Carolina and featuring journalist AnnaLise Griggs. Film rights for the Maggy Thorsen Coffeehouse Mysteries have been optioned toward development as a television series or movie.