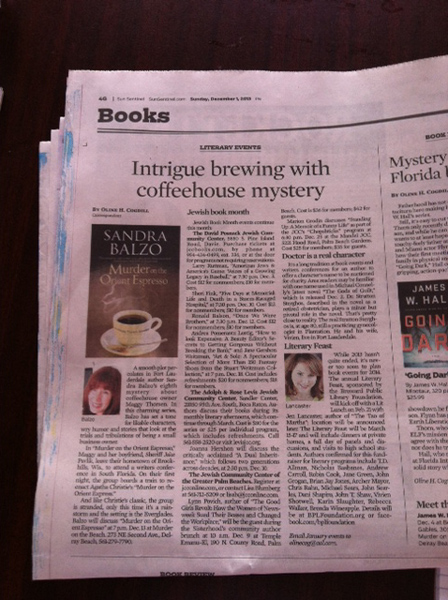 A smooth plot percolates in Fort Lauderdale author Sandra Balzo's eighth mystery about coffeehouse owner Maggy Thorsen. In this charming series, Balzo has set a tone for likable characters, wry humor and stories that look at the trials and tribulations of being a small business owner.

In "Murder on the Orient Espresso," Maggy and her boyfriend, Sheriff Jake Pavlik, leave their hometown of Brookhills, Wis., to attend a writers conference in South Florida. On their first night, the group boards a train to re-enact Agatha Christie's "Murder on the Orient Express." And like Christie's classic, the group is stranded, only this time it's a rainstorm and the setting is the Everglades. Balzo weaves in a vivid view of South Florida landscape while delivering an original plot that pays homage to Christie.